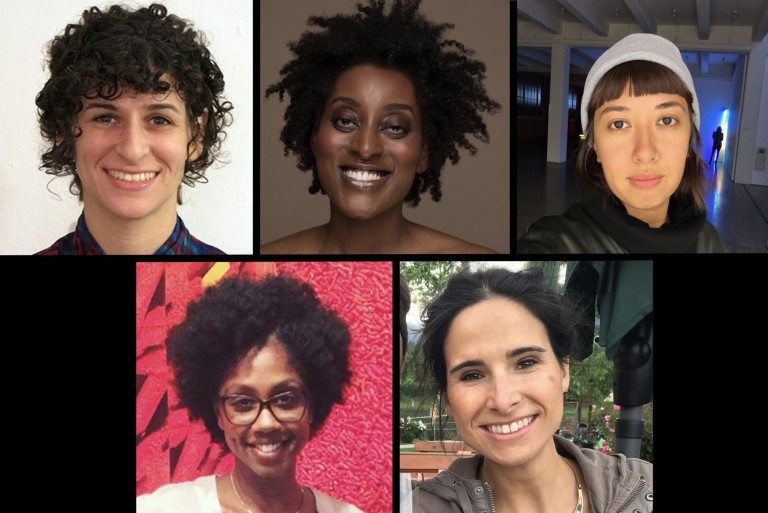 Born and raised in the Bronx, Corrine Y. Gordon is a visual artist and independent curator. She curated Fem-Fragments at Corridor Gallery, Brooklyn, and Solomon Adufah: Homeland Ghana at Bishop Gallery, Brooklyn. Corrine works in the Development Department at The Studio Museum in Harlem, where she oversees the Museum’s donor records and database. She received an M.A. in Contemporary Art at Sotheby’s Institute of Art, and a B.A. in Studio Art at University of Virginia Charlottesville, with a minor in Media Studies.

Sarah Fritchey is the Curator/Gallery Director at Artspace in New Haven, CT. She has curated projects at UMass Amherst, Queens College, The African American Museum in Philadelphia, and Franklin Street Works. Sarah is a contributor to ArtForum.com, Hyperallergic, Art New England Magazine, and Big Red & Shiny. Her practice focuses on under-represented histories, and the cultivation of an exhibition space as a site for cultural exchange, debate, education and experimentation. Born and raised outside of Philadelphia, Sarah holds an M.A. in Curatorial Studies from the Center for Curatorial Studies at Bard College, and a B.A. in Comparative Literature and Studio Art from Hamilton College, NY.

Rebecca Pristoop is a curator, art historian, and performance artist. Her interests lie with contemporary art that engages politics or cuts through the limitations of traditional media. She has contributed to and curated exhibitions at The Museum of Modern Art, The Jewish Museum, The Tang Teaching Museum, Dorsky Gallery Curatorial Programs, and The Jewish Theological Seminary. From 2010 to 2011 Pristoop ran the art and food salon flatbreadaffair, where she curated site-specific installations, dinners, and panels. As Director of Programs with Art Connects, Pristoop organizes permanent contemporary art exhibitions for social service agencies. Rebecca received an M.A. in Art History from New York University’s Institute of Fine Arts.

Niama Safia Sandy is a cultural anthropologist, curator, and essayist. She sees her role as that of an agitator; one who endeavors to simultaneously call into question and make sense of the seemingly arbitrary nature of modern life, while developing critical and creative modalities grounded in histories of the Black Diaspora. She recently curated Black Magic: AfroPasts/AfroFutures, on view at Honfluer Gallery, D.C., and her writing is included in the forthcoming inaugural journal Mfon: Women Photographers of the African Diaspora. Curatorial projects include The Circle of Trust at BLDG 92, Brooklyn, and Boundless at Brooklyn Historical Society. Niama received an M.A. in Anthropology from School of Oriental and African Studies, London, and a B.A. in Journalism with a minor in Caribbean Studies from Howard University, D.C.

Anastasia Tuazon is a writer and doctoral student in Art History and Criticism at Stony Brook University, with a research focus on queer/feminist performance art and the intersection of art and social movements. She curated Unbecoming at Composition Gallery in Portland, OR, and will present her paper Counterimages, on the ways in which signifiers of race and sexuality construct visual languages of pleasure or abjection in feminist performance, at the upcoming College Art Association conference in February 2018.

NLE Lab begins October 11, 2017 and runs through February, 2018. In partnership with York College Fine Arts Gallery and Queens Library, the 2017 NLE Lab will culminate with the inaugural Southeast Queens Biennial.

Save the Date: The Southeast Queens Biennial will open February 9, 2018, at York College Fine Arts Gallery and March 3, 2018 at Queens Library in Jamaica, Queens, featuring artists who live or practice in southeast Queens as well as those who have strong connections to the area. The Biennial exhibitions will include works in all media, commissioned projects, and related programming in collaboration with community organizations.

The 2017 NLE Curatorial Lab is supported in part by an award from the National Endowment for the Arts, public funds from the New York City Department of Cultural Affairs, the Laurie M. Tisch Illumination Fund, and Isambard Kingdom Brunel of North America. 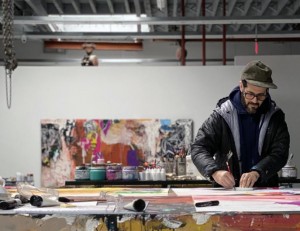 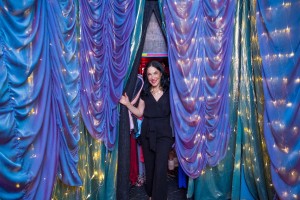