In Performing the Bronx, Arthur Avilés and Nicolás Dumit Estévez engage in an improvisational public action along Hunts Point Avenue focused on role-modeling kindness between men. Emphasizing banal actions, such as walking in the streets, Avilés and Estévez blur the boundary between everyday life and the performative act. The pair, using movement to promote gentleness, wears vestments designed by Lorenzo Walker and inspired by the clothing worn by Sufi Whirling Dervishes.

This project is made possible with public funds from the Bronx Council on the Arts through the Department of Cultural Affairs’ Greater New York Arts Development Fund Program. Performing the Bronx has also received support from Casita Maria and the Bronx Academy of Arts, Dance (BAAD!) and Mothers on the Move (MOM). 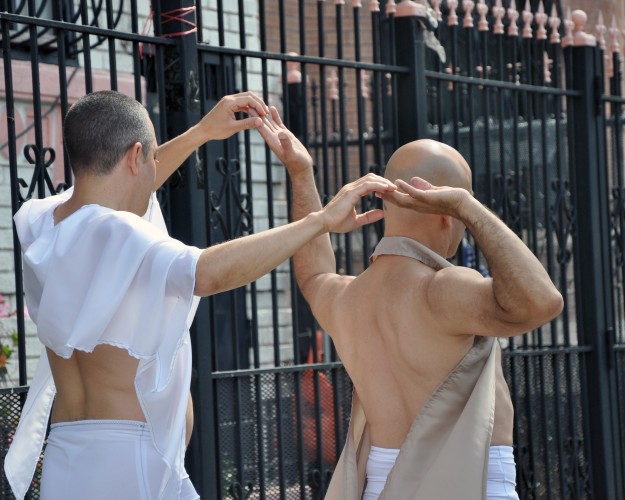