Daniel Bozhkov employs a variety of media, from fresco to performance and video, and works with professionals from different fields to activate public space. He enters the worlds of genetic science, department mega-stores, and world-famous tourist sites, as an intruder/visitor, producing new strains of meaning in seemingly closed systems. In this piece, Bozhkov takes off from a singular moment in the 1981 film Fort Apache, The Bronx, a controversial crime street melodrama, where Paul Newman plays the leading role as police officer Murphy, while ethnic and social stereotypes present life in Southern Bronx as a fall and decline of civilization. 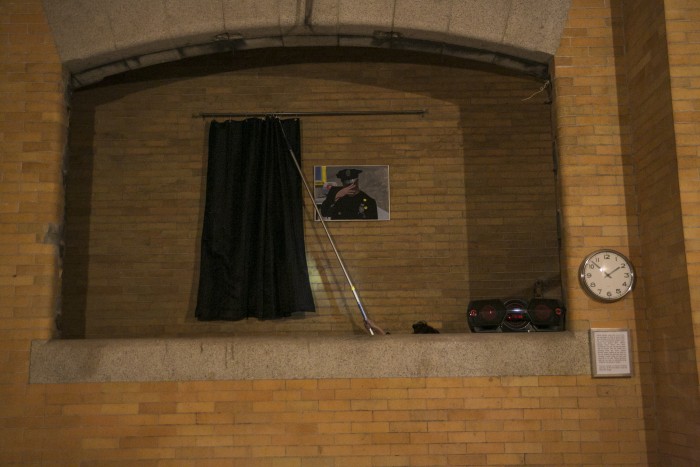