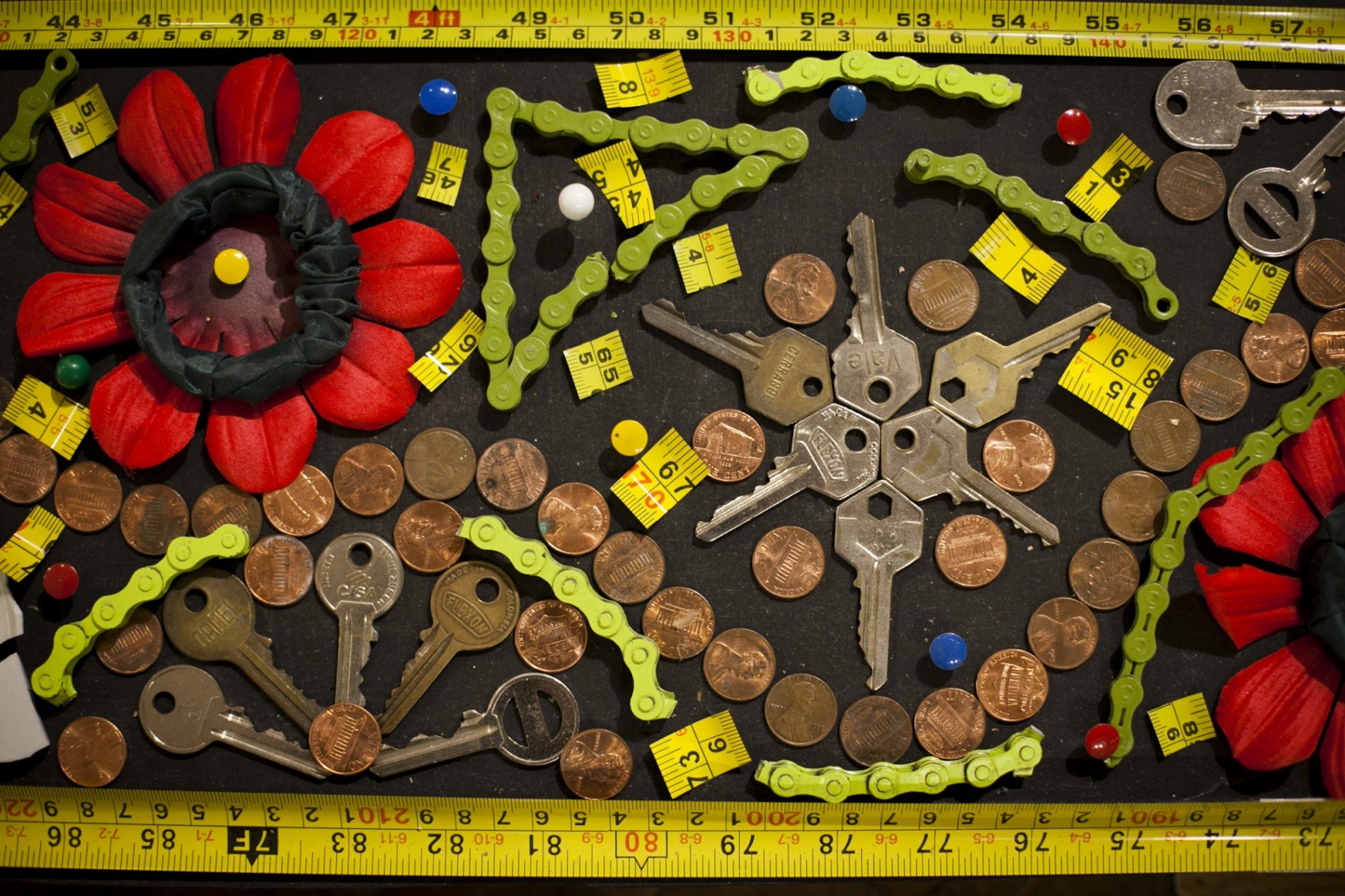 Born in Bogota, Colombia, Uribe lives and works in Miami. His artwork resists classification. Rooted in the craft of sculpture and paint, it rises from intertwining everyday objects in all possible and surprising ways, but still with a formal reference to the history and tradition of classical art. Uribe studied art at the University of Los Andes in Bogota and in 1988 left for New York to study a master-of-fine-arts degree under the supervision of Luis Camnitzer. It was the beginning of a journey that included years of studies and work in Cuba, Mexico, Russia, England and finally Miami. Uribe creates sculptures which are not sculpted but constructed and weaved, in curious and unpredictable, repetitive and almost compulsive ways. They follow the classical canons of figurative and abstract art, but the result is absolutely whimsical, yet contains enormous efficacy and communicability.

Uribe’s rug re-imagines the sumptuous rugs that were a noted feature of the Andrew Freedman Home in its heyday. The intricate patterns on Uribe’s rugs evoke the past of the people who were forced, by their change of circumstances, to move to the Home. For example, golf balls call to mind the games they used to play; the silver cutlery is reminiscent of the dinners they attended; the wires recall the connections they had, while the keys are symbols of the homes they left and the keys to their rooms in the Home .

Uribe’s art-making is a labor-intensive, repetitive and almost compulsive process turning ordinary objects into a new whole with a different significance, appearance and texture from its individual parts. Once the viewer gets past the “wow” factor of the work, it seduces and entices them to physically experience and complete the work by interacting with it in a personal way.

Uribe has made extensive painterly works using shoelaces, pencils and wire. Here the portrait of Andrew Freedman, the founder of the Home, hangs over the grand fireplace just like the original hung over in the main reception room when the home was functioning

One of the main problems with this august residence is the high, black iron fence which separates it from the community. Many of the residents in the area do not even know the Home exists. To solve this problem of visibility and create a feeling of accessibility, Uribe has recreated the house with wire on the 500 feet long fence. In this way, the Home has been brought to the street in a festive and welcoming way. 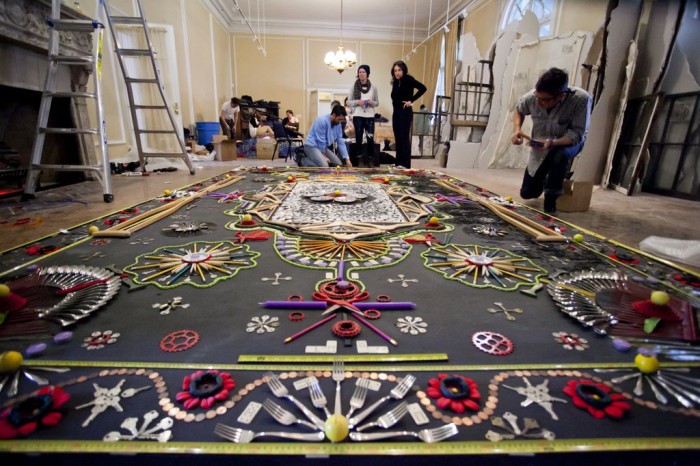