This side of Paradise

For 15 years, Linda Cunningham has been documenting the changing urban landscape of the Bronx, most recently through shredded drywall sculptures that reckon with memory, loss, and survival. Her sculptures record how nature permeates built environments, focusing on spaces where moisture invades architecture. Now, at a particularly contentious moment in the Bronx, her work finds new prescience and poignancy, engaging with transience and local history while questioning what remains and what is destroyed.

The book-like construction is built from layers of broken, wall-like constructions and layered with torn, curling canvas symbolic of peeling paint, the end of the Andrew Freedman house era and the then destitute Bronx environment. Phantom-like, photo-transferred images of the Bronx past construct a narrative of time, loss, change and survival. The installation is collaged with memorabilia, papers and references to the lives and identities of residents salvaged from the moisture-ridden remains in the Andrew Freedman House.

The layers of walls contrast the Andrew Freedman house ethic of “poor in style” with “styles of poor” of the “other” Bronx. The Bronx re-emerged from civic neglect and was held together by the energy. heart and rhythm of a persevering culture of diverse ethnicities. 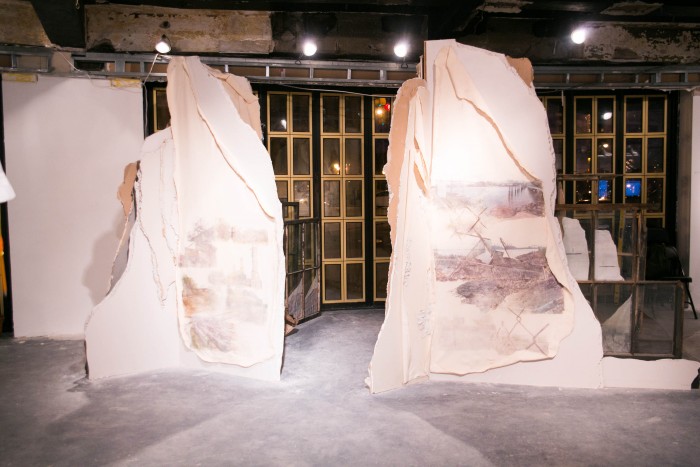