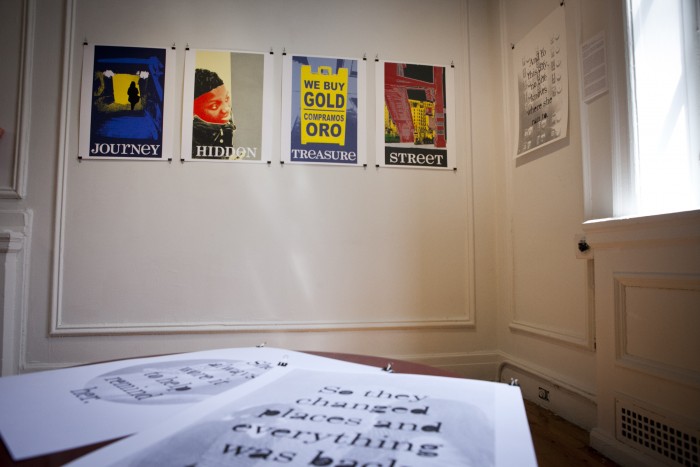 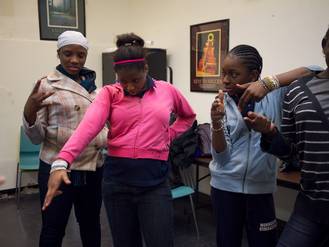 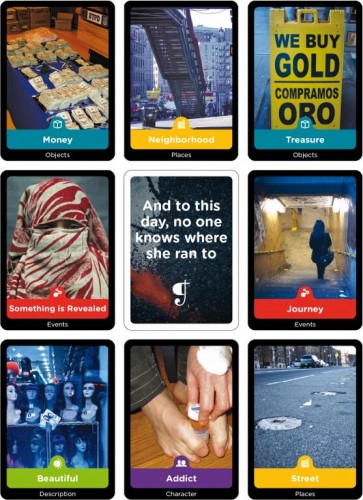 Melanie Crean’s Once Upon a Time in the Bronx, commissioned for This Side of Paradise, was a community-engaged collaborative project with teenagers from BronxWorks, a human service organization near the Andrew Freedman Home in the Bronx. Drawing from their own realities and personal experiences, the teenagers re-imagined classic fairy tales based on their own realities. The project began with a survey of media representations of the Bronx, evolved into individual storytelling and theater, and culminated in a deck of 165 playing cards. The cards and ensuing prints allowed for multiple compositions and re-presentations to facilitate conversations on difficult topics. Once Upon a Time in the Bronx exemplifies Crean’s larger body of collaborative, process-based work that explores the relationships between media, history, and social structures of control.

Once Upon a Time in the Bronx is a collaborative, generative, visual story telling project Crean developed with Nehbit, Rubin and teenagers from the BronxWorks Community Center to design mechanisms through which their personal stories can be told. The project began by modifying a story telling card game called Once Upon a Time, to reflect life in the Bronx. The group re-designed and re-photographed the deck,originally featuring characters and situations from traditional European fairy tales, so that the character, problem and ending cards reflected the lives of the Bronx based participants.

Through play and discussion, an interactive Forum Theater project was developed, based on experiences from the lives of the BronxWorks actors. During the Forums, audience members join actors onstage to brainstorm alternative possibilities to overcome the discrimination faced by the characters. Performances and forums will take place on Thursday May 3rd at 6:30 pm, and Saturday May 5th at 3:00 pm.

For the exhibition installation, four prints are installed on the wall at any given time. The first three are based on story cards from the deck: Hidden, The Street and Journey. For the last print on the wall, visitors can choose to complete the sequence with one of three possible ending cards from the deck, referencing the mutable process of story telling.