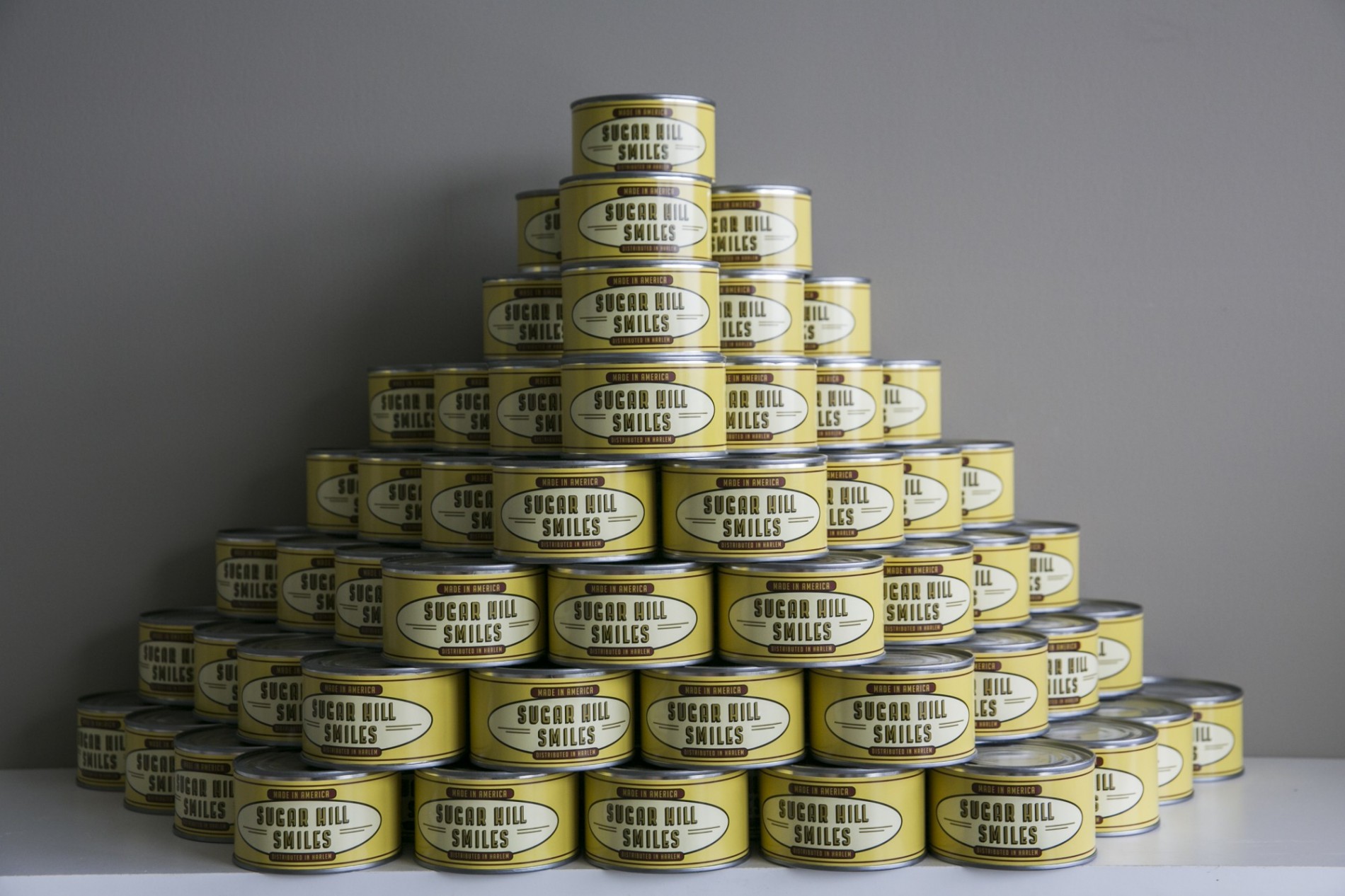 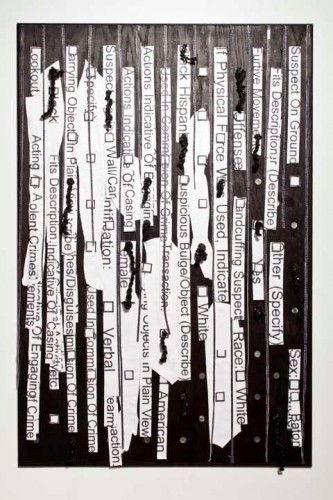 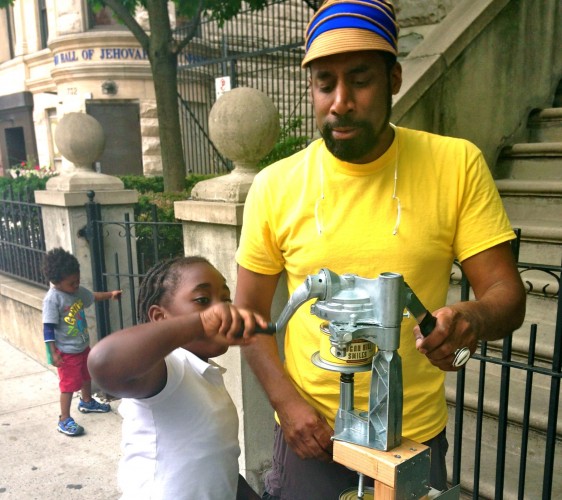 Nari Ward’s practice explores a range of socially, economically, and politically current issues, including race, poverty, and consumer culture. In Suspicious Bulge (2012), Ward both monumentalizes and deconstructs police profiling. Ward creates and shreds a larger than life “Stop, Question and Frisk Report Worksheet,” the police document used to asses a potential criminal. The object in its entirety and its composite parts – the wood, magnets, nylon and printed fleece blankets that compose the shredded document – carry the disempowerment of the targeted bodies and the false entitlement of the police force. By assigning emotional and sociopolitical significance to this conventional object, Ward opens discussions of race, prejudice, and systematized discrimination. The woven, patched strips of found and collected materials resemble a quilt, an object often associated with history and storytelling. Ward’s tightly-knit narrative “quilt” reads as a deconstructed police procedural in which potential criminals are reduced to a small set of anatomical parts and behavioral descriptions.

Mimicking the form of mass-manufactured preservative cans, this installation references Piero Manzoni’s “Artist Shit” project, which called into question the notion of faith in the artist’s vision that bestowed value on anything an artist produces. Yet Ward’s project is more than an art insider’s joke. The smile in question here refers to the “canned” cliché of the happy African American minstrel character whose expression is meant to reassure the dominant class/audience that all is well with the status quo, be at ease.  The minstrel’s “smile” can also be said to continue in the service industry where too often chattel slavery has been replaced by wage slavery, long brutal working hours and conditions for little pay—a fact hidden in the mechanisms of consumer cultures which function on smooth running and apparent pleasure in service.
First explored in Canned Smiles (2013) where his daughter and son smiled into the “Black Smiles” cans while Ward (born in Jamaica) smiled into the “Jamaican Smiles” cans, this seemingly absurd gesture underscored the cultural process of classification of people according to their origin. Sugar Hill Smiles, however, engages with the action of ‘canning the smile’ from a different vantage point. With a former US president declaring his allegiance to Harlem and a slew of trendy restaurants opening to new occupants, real estate brokers are careful about the fragile nature of its investments and are quick to brand proximity without declaring their allegiances. Sugar Hill Smiles addresses how the Harlem brand is being marketed for the profit of so many that have very little direct investment in the neighborhood. Ward’s project adopts the Sugar Hill brand as Harlem’s own smile manufacturing center. The community members will be invited to smile into 2,000-mirrored interior cans, which will be labeled and sealed. Each smile will then be sold for $10.00USD to support a local educational institution.
www.nariwardstudio.com
BACK TO ARTIST LIST