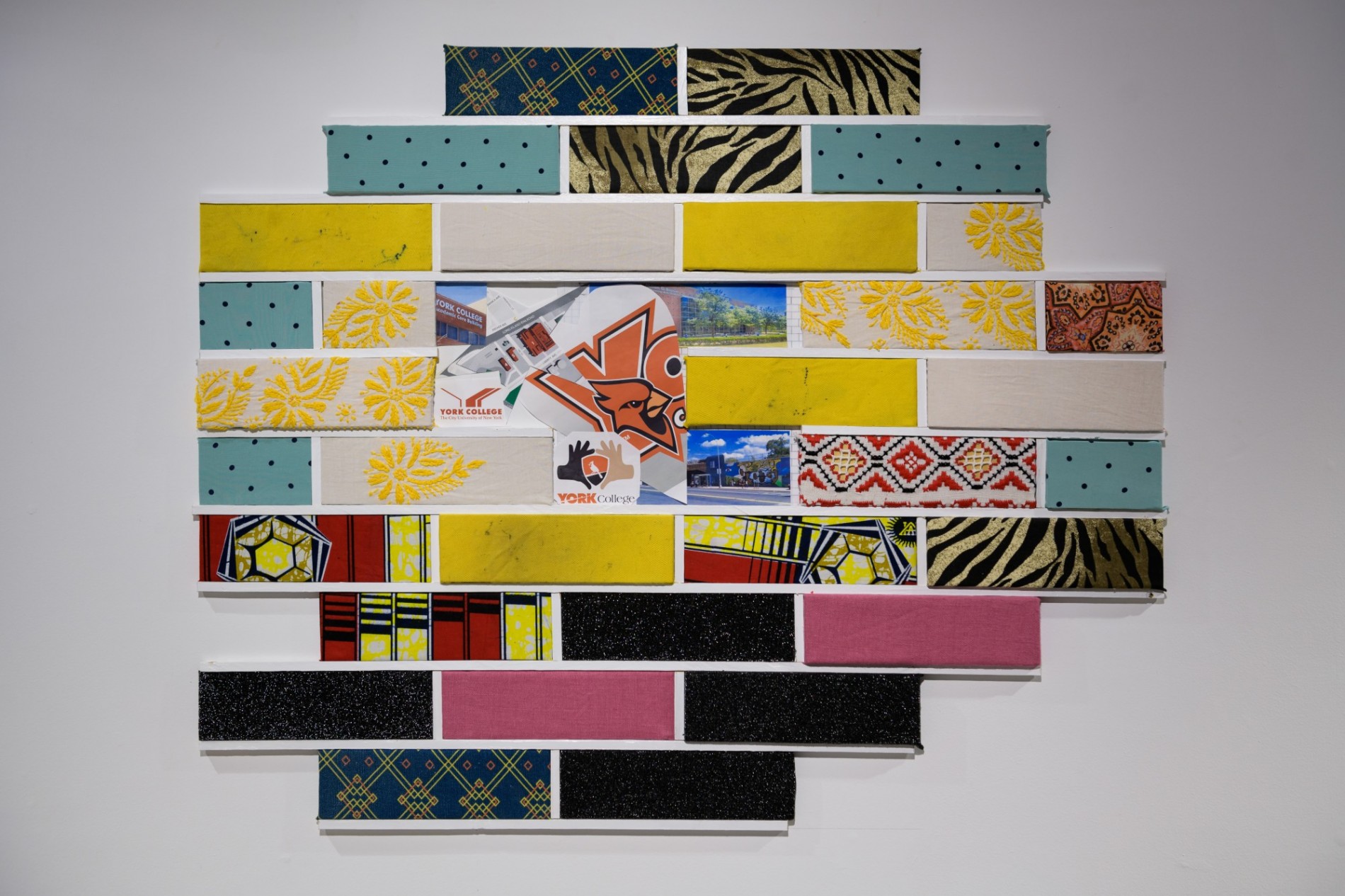 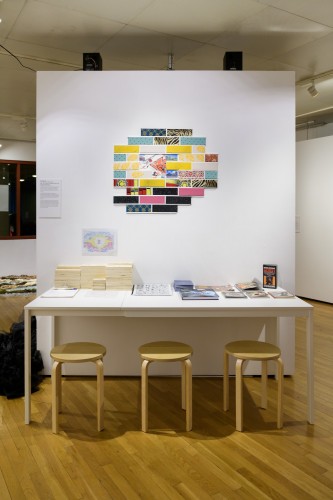 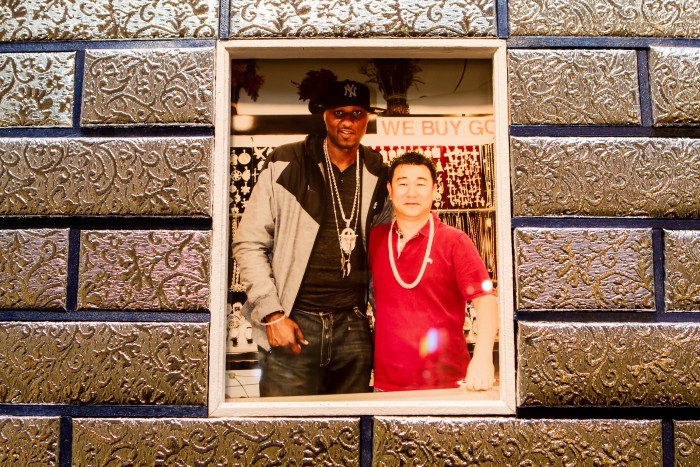 Odathrowback is a fabric artist whose work is informed by his craft as a carpenter, construction tile motifs and styles, as well as the vernacular of urban design and architecture. With materials sourced predominantly from Home Depot and local fabric stores, his panel motifs of sparkle vinyl fabric bricks and tiles build representational forms and structures. In Shooting Star, three stone-shaped panels are left empty, functioning as windows onto two dimensional works— photographs, paintings, collage or newspaper clippings, for example—contributed by friends, members of the community and artists throughout the course of the exhibition.

For the Southeast Queens Biennial, the artist was commissioned to create a community portrait made out of fabric donated by visitors to the exhibition. The work extends on a piece the artist made in 2013, titled DNA.  Made out of denim jeans collected from family members, the title DNA poetically connects the notion of a group portrait with the structure of a wall made of bricks as a unified body.

A common name for the visible path of a meteoroid as it transitions into a meteorite, a shooting star is only perceptible through the act of its transformation. Resembling the beehive architecture of honeycombs, Odathrowback’s Shooting Star is transformed and expressed through the ongoing work of its collaborators. Stating that “anything can fit inside a shooting star,” Odathrowback’s personalized work for the exhibition stages a place for the collection of multiple story fragments, underscoring how objects can create meaningful forms of interaction and communication.

Shooting Star is the first in a three-part series of works that Odathrowback created to honor a close friend who passed away in 2015. In this piece, iridescent vinyl fabric bricks represent a wall-like structure, with a single window carved out to function as a picture frame. A common name for the visible path of a meteoroid as it transitions into a meteorite, a shooting star is a fleeting, ephemeral sight. The piece echoes the glistening light play of this precious phenomenon, and through the use of personal photography, invites viewers to meditate on the collective experience of loss and nostalgic reminiscence. During this exhibition, photographs will be contributed by members of the Jamaica Colosseum Mall.
BACK TO ARTIST LIST