This participatory performance is based on the idea of inequity aversion —a term utilized in economics and sociology to refer to the theory that our awareness of inequality amongst each other can lead to feelings of guilt, mutual destruction, or mutual cooperation.

The 10-15 min. intervention consists of a participatory game show, asking audience members to come onstage and become part of a number of games.

Taken from experimental economics, “The Dictator Game” puts to test our altruism and cooperation based on our awareness of inequality.  One participant is given an amount of money and is given the option to either share it to the next person or not. Further scenarios give more power to the second participant, making the exchange relationship more complex as the game progresses.
Performed as part of How Much Do I Owe You?

As part of the closing ceremony of The Sixth Borough art exhibition, Pablo Helguera and No Longer Empty invite visitors to a special “reenactment” of a heretofore unknown aspect of Governors Island.

In 1660, a mysterious sect of Dutch mystics arrived to an island in the New World with the objective to create a new society. Their governing principle revolved around the uninterrupted performance of a single dramatic work in seven tableaux vivants. Invoking alchemical imagery and hermetic thought, their goal was to arrive to a higher state of being by collectively embodying the symbolic representation of all of human and divine knowledge. Their experiment, which would last a century, would test the human boundaries of time, physical endurance, and the commitment of a society toward an idea. It is through this link that the audience will be reconnected to the original historical roots of the island, through the eyes of 16th Century Dutch Settlers.

Uryonstelaii is a project consisting of two complementary components: a book and a one-time only series of performed prologue tours delivered by historical reenactors. The contents of the performed prologue will not be included in the publication and vice versa. Performed as part of ‘The Sixth Borough’ 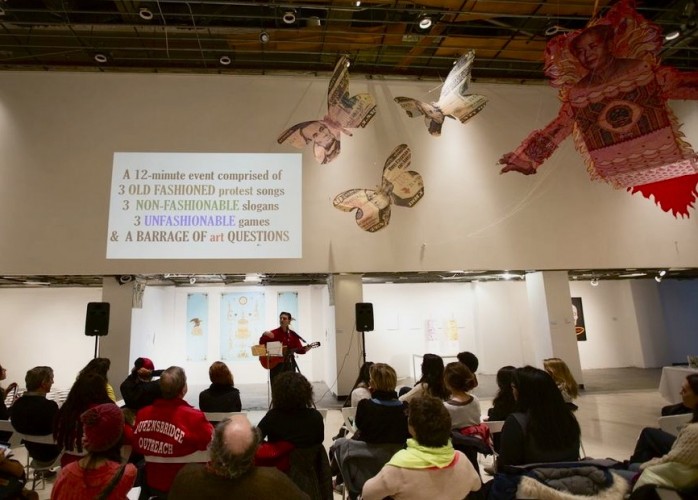