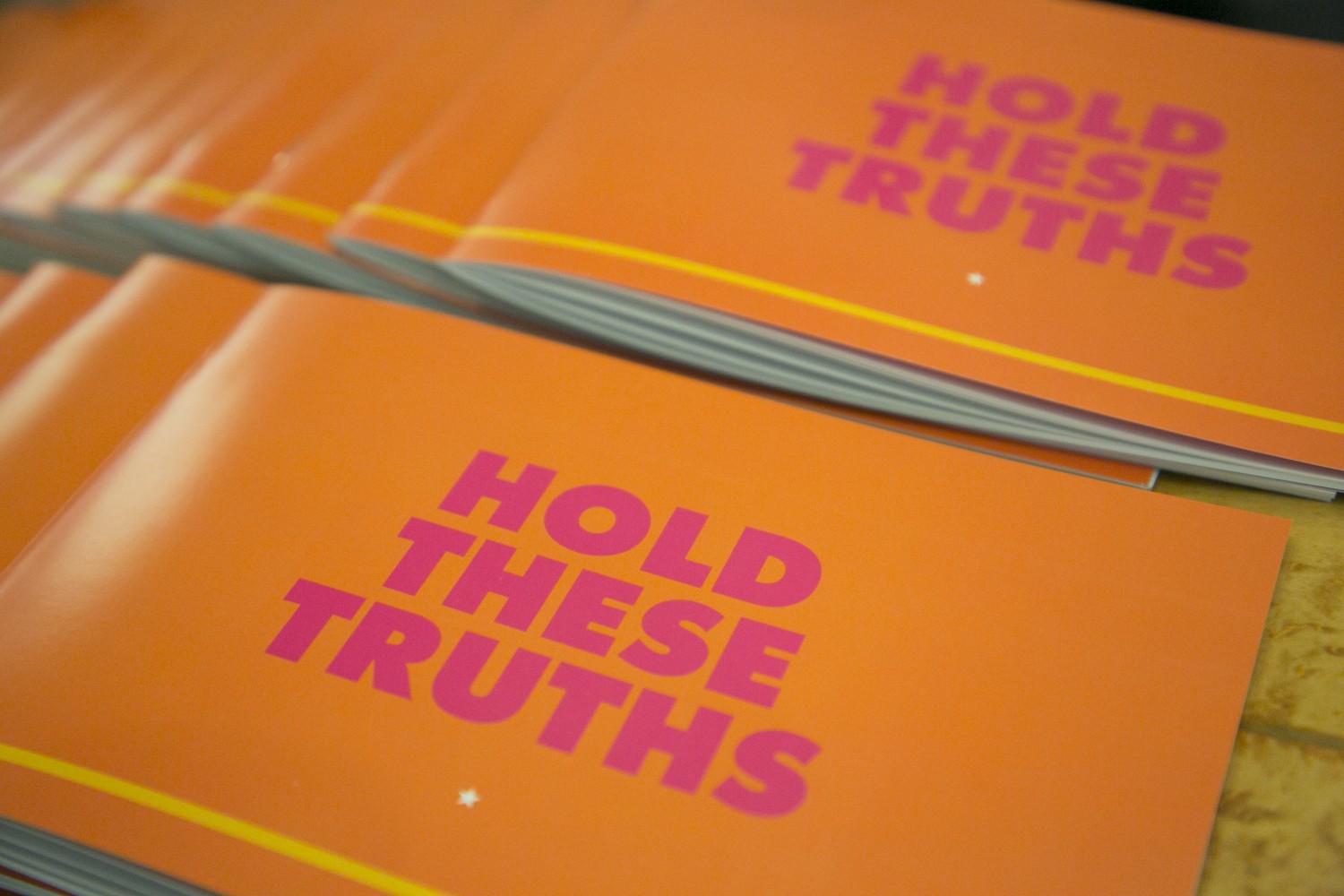 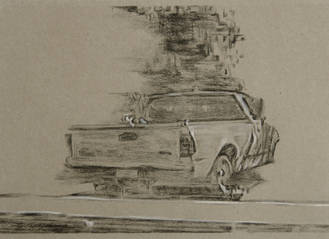 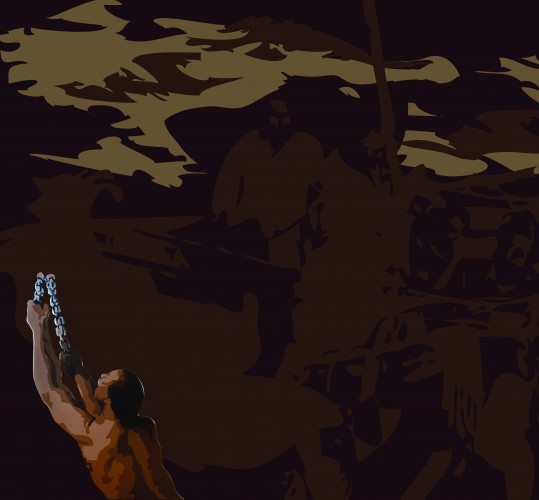 Drawing from images and video footage of miscarriages of justice, multidisciplinary artist Shaun Leonardo breaks down media’s complicity in shaping, informing and circulating racial bias, and consequently, memories of past events. Through an anatomy of scene that employs strategies of extraction, omission and the dissection of an image into a sequence of parts, Leonardo challenges the culpability of the viewer’s gaze. The charcoal drawing Keith Lamont Scott dissects the Charlotte police dashcam footage of the fatal shooting of Scott by police officer Brentley Vinson.

Inspired by “The Brief Wondrous Life of Oscar Wao” by Junot Díaz, the works within Self-portrait Azua take their name from a particular region in the Dominican Republic vividly described in the novel as being hell on earth.  Leonardo, also of Dominican descent, imagines his heroic self-portraits as living within this state of impeding doom. These warriors, distressed or defeated, never reach true fulfillment of heroic status. Bold yet ineffective, they pose the question, “What is a hero when he has no one to save?”

The invocation of the myth of the Ferryman Charon in the current installation is related mostly to the passage of refugees to the United States, linking the realities of economic hardship for these immigrants to the corruption of the dream of America as the land of prosperity.  In Greek mythology, those that were not given a coin upon death (typically placed in the deceased mouth or on their closed eyes) were left behind, adrift in the River Styx for eternity (read as purgatory.)  This fraught figure, without the means to pay his way, is doomed by circumstance, no matter how valiant his struggle.