Sherese Francis is a Queens-based poet, writer and blogger dedicated to increasing the visibility of underrepresented communities, stories and histories. Influenced by the principle of Sankofa—a word from the West African Akan language referencing the importance of revisiting the past to move forward into the future—Francis currently writes about the arts and cultures of the African diaspora through an afrofuturist lens on her blog Futuristically Ancient.

S.W. awoke in an empty train car. No seats. No poles. Only the shell of the car. A figure standing in black stood at the end of the car. As she moved her hand, she realized that it moved as if immersed in liquid. Her movement was slowed down by the push of the liquid against her. The shadowy figure moved towards her swaying through the liquid. Approaching her, she saw that it wore a black trench coat and a big, broad-brimmed black hat. But it had no face, only two glowing red lights where eyes were supposed to be. It reached its smoky hand out towards her. She began flailing around in the water to get away from it. She swam towards the other end of the car to the end doors and opened them. The darkness returned.

When she woke up again, she was outside lying on her stomach in a field. It was bright and sunny. Ahead of her was a massive tree full of green leaves and fiery flowers. None of the flowers damaged the tree; they continued to burn like torches. There appeared too be a door at the trunk of the tree with a spider web on it. Pushing herself up off the ground, she turned around and sat up to see that this was not just a field but a a large farmland area with houses. The closest one to her had a sign that read: Colored Person’s Lodge of The Green. The house was constructed of grayish white brick and a dark gray roof. She could see a green door past the three porch steps and two columns. No one walked around. It was only her in the field.

This excerpt is taken from her upcoming science fiction novel The E. Set in Southeast Queens, the novel is inspired by the Underground Railroad and follows the character S.W. Isibe on her journey as a member of an underground team of agents with magical powers in a time-traveling E subway train. Led by Araminta Moses and William Lits (whose characters are based on Harriet Tubman and William Still), S.W. is pulled into a supernatural world as she learns about her own power and inner strength. Drawing on past and present narratives of resistance in the African diaspora, Francis’ work reconfigures linear time, while re-envisioning the possibility of alternate dimensions. 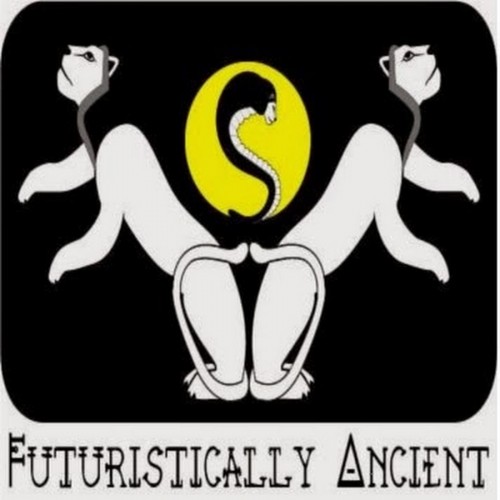 Excerpt from The E, a novel in progress Printed with permission of the artist