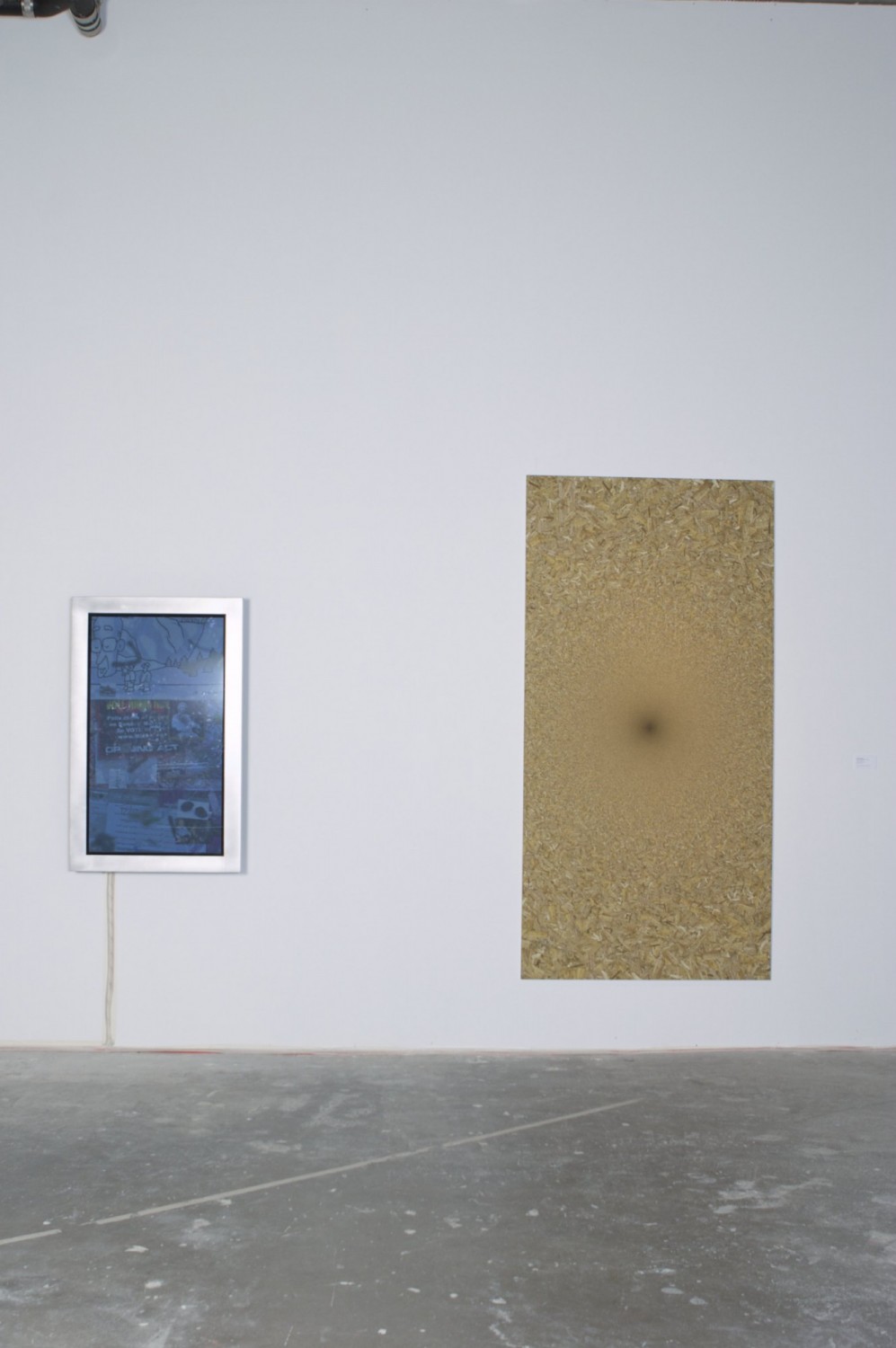 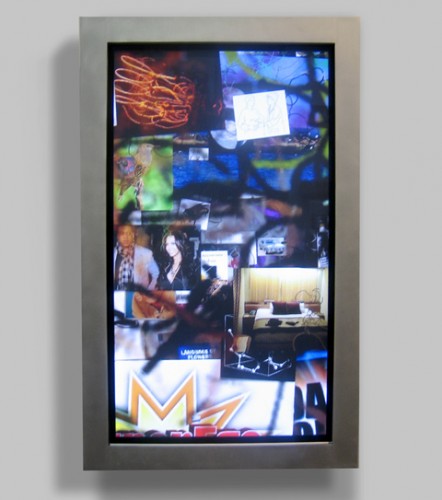 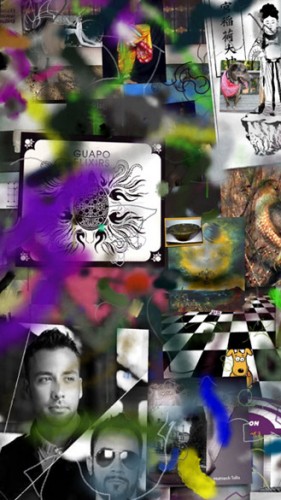 Multi-media artist Siebren Versteeg often writes a code, goes to bed, and wakes in the morning to see what the computer created overnight, randomly choosing images. His works explore ideas of connectivity in our global culture, the tautological nature of material and immaterial information, and the human spiritual condition in relation to the advancement of technology. Versteeg linked together a Napster marketing slogan “Have everything and own nothing” to the teaching of eastern philosophy and Buddhism, this seemed very apt to some of the important paradoxes of the technical age – letting go, holding on.

In New York Windows, Versteeg’s computer program dips into the Internet and randomly donwloads a never repeating sequence of images that appear before the viewer in real time.  Much like the touch screen on an iPhone, visitors are invited to touch the TV screen and scroll (both vertically and horizontally) through the image stream.

Referencing Robert Morris’ “The Box with the Sound of its Own Making” (1961), this audio appliance continuously loops Billboard’s number one song from exactly a decade prior to the current date

Responding to 2005’s publication of the contents of George W. Bush’s iPod,  this piece presents a replica of the computer system which housed Versteeg’s father’s African music collection. The system is configured to allow patrons to select, play, copy and/or record the music collection to provided CD-ROMS via a CD creation program.