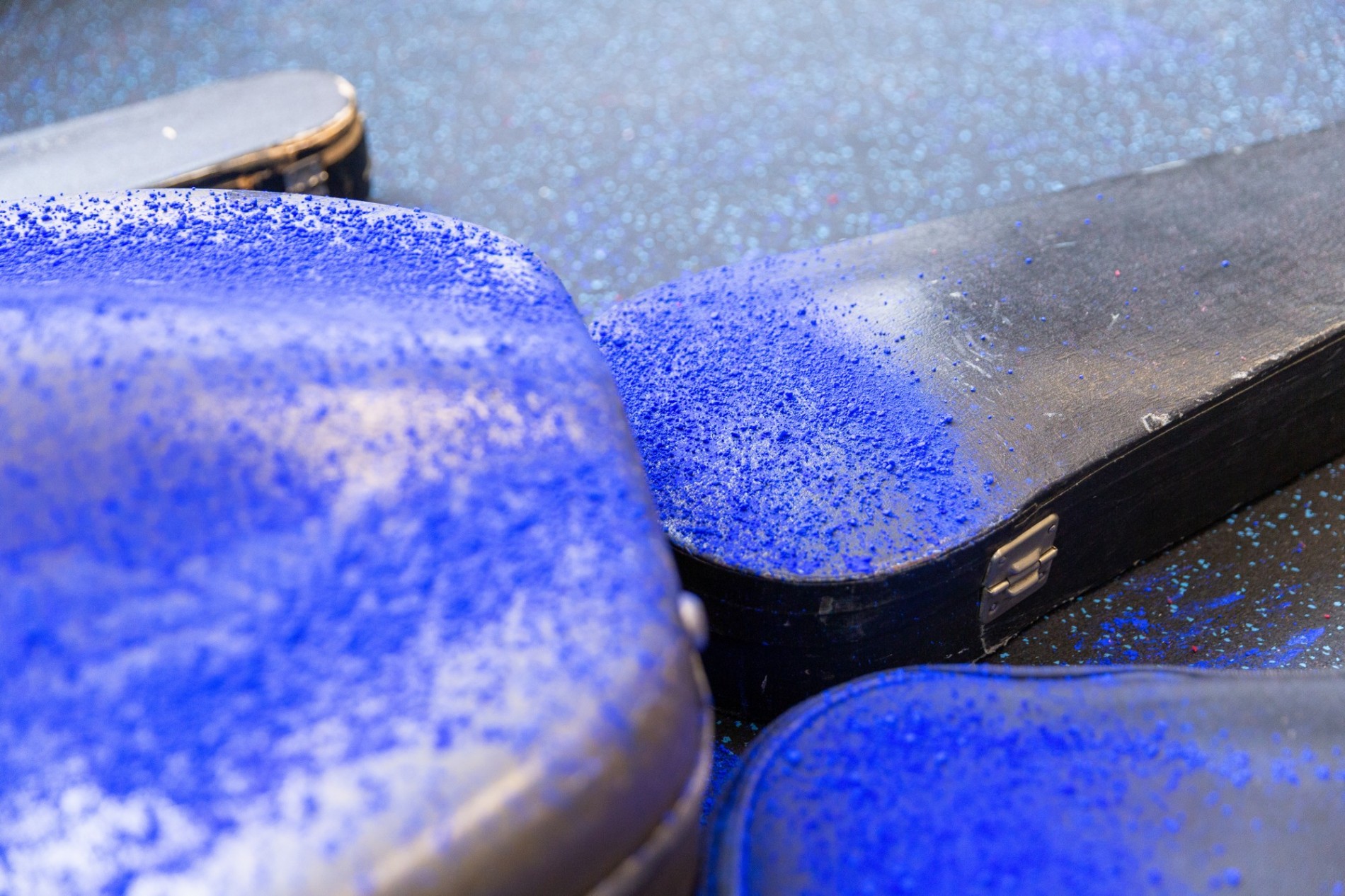 In 2009, the psychiatric ward of Kings County Hospital Center became the center of a civil rights lawsuit over patient neglect after Esmin Elizabeth Green died while waiting nearly 24 hours for care. In June 2008, the 49-year-old immigrant from Jamaica and a long-time resident of Flatbush was involuntarily admitted to the psychiatry emergency room. The security tapes of her death sparked an outcry around larger issues of institutional discrimination against poor, Black, and immigrant people with mental illness, and exposed a systemwide crisis in hospital care in the United States. In the wake of Green’s death, the hospital pledged to enact systemic reform in patient care procedures.

Sol’Sax pays homage to Green with a sculpture composed of cello and violin cases. The accompanying video and blues composition reference the cycles of institutional neglect that led to her death, honoring Green as one of many who have been rendered vulnerable by hospital policies. 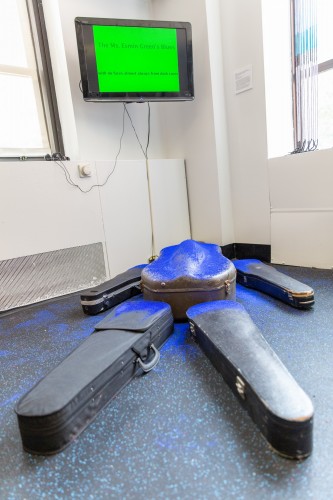