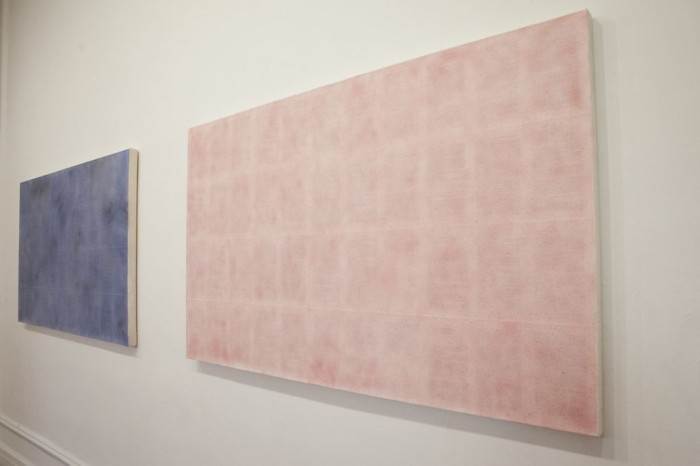 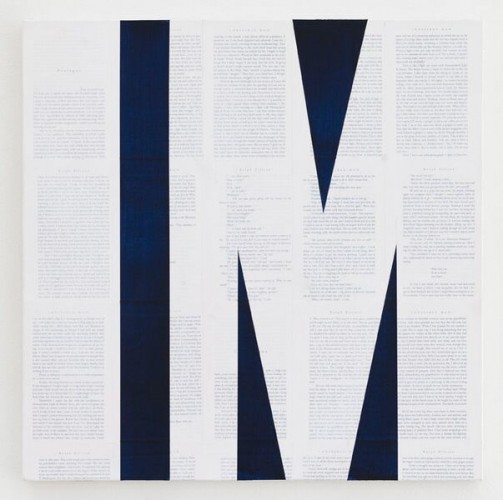 Tim Rollins and K.O.S.’s partnership is the most prolific and longest-running teacher-and-student collaboration in contemporary art. A trained art educator, Rollins founded K.O.S.—short for Kids of Survival—in the early ‘80s as an experimental program run through his Art of Knowledge Workshop, . Scrambling the tried and failed techniques of much public school education, Rollins threw out the rule book encouraging the so called “at risk” students to relate their studies of literature, politics, and history with their personal experiences. In a process called “jammin,” Rollins or a student of K.O.S. reads aloud from a selected text while other group members draw, paint, or otherwise respond to the text.

Many of the finished artworks incorporate pages from the selected texts or sheets of classical music with graphic and minimal shapes drawn or painted over them. “What we’re doing changes people’s conception about who can make art, how art is made, who can learn and what’s possible, because a lot of these kids had been written off by the school system. This is our revenge.” These workshops continue both in the Bronx and throughout the world. Over time, the K.O.S. collaborations have grown to incorporate woodcut, sculpture, painting, and printmaking.

In 1984, Tim Rollins founded Kids of Survival (K.O.S.), an experimental Bronx-based teacher-student program in which students relate their personal experiences to studies of literature, politics and history, and produce allegorical paintings, sculpture and drawings. As such, storytelling is central to the work of this collaborative group. In the 2012 mixed-media painting series Invisible Man (after Ralph Ellison), the capital letters “IM” are boldly rendered atop pages from the titular novel. The shorthand “IM” extends beyond literary reference, parsing themes of oppression, political declaration, and revolutionary action. The initials interconnect victim and man to the civil rights movement, referencing Ernest Withers’ iconic photograph of striking sanitation workers in Memphis, Tennessee, who held placards declaring “I am a man.” More personally, the “IM” responds to the murder of a fellow student in the early 1990s and a New York Times headline reading .