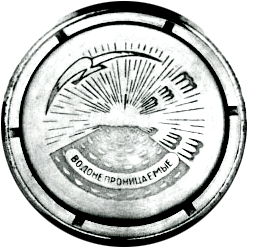 Film Series “Not A Place, An Outlook” curated by Regine Basha

A schedule of short films titled Not a Place, An Outlook, curated by Regine Basha, will consider No Longer Empty’s site-specific curatorial framework. A collection of ten films will be shown in two viewings, each lasting for half an hour. Films in consideration include Julieta Aranda’s Film on Kiribati Island and Javier Tellez’s Caligari and the Sleepwalker. Also films by Jenny Perlin, Steve Roden, Alan Michelson and Erin Shirreff.
The films will reflect on place as a state of mind, temporal dislocations, simultaneity, history running backwards, and slowness. Included in the Sunday program is a rare set of screenings by experimental filmmaker, Luke Fowler, selected by invited guest, Christoph Cox.

SCHEDULE: FRIDAYS AND SATURDAYS
12-12:30
Alan Michelson
‘Shattemuc’, 2009
HD video, with soundtrack by Laura Ortman
30 mins
A video shot at night from a boat on the Hudson retracing part of Henry Hudson’s 1609 voyage in which the crew had a bloody encounter with the local natives.

1-1:30
Steve Roden
‘Three Landscapes (a glacier for Peder Balke, a waterfall for bjornstjerne bjornson, a cabin for edvard grieg)’ 2007
Ink on clear 16mm film transferred to video
29 mins
Three short evocative film/sound works mapping a glacier, a text, and a
piece of music, all related to the Norwegian landscape and to composer Edvard
Grieg.

2-2:30
Javier Tellez
‘Caligari and the Sleepwalker’, 2008
16mm film transferred to HD video black and white
27 mins
Referencing the 1919 film, ‘The Cabinet of Dr Caligari’, Tellez works with actor/patients from a Berlin psychiatric institution and builds a narrative about hypnosis, and extraterrestrial somnabulists.

3-3:30
Erin Shirreff
‘Ansel Adams RCA Building Circa 1940’, 2009
Color HD video, silent
6:10 mins
A subtle filmic portrait of the famous photograph comprised of hundreds of her own stills of the image, resulting in a kind of time-lapse film in the studio.

4-4:30
Jenny Perlin
‘Dust of Snow’, 2009
16mm transferred to DVD, color and b/w,  sound
6:45 mins
Weaving together a musical score by Elliot Carter, a poem by Robert Frost and color rods invented in the 1920s and used to learn both math and music, Perlin creates a rhythmic sound film inspired by a country landscape.

Julieta Aranda
‘"If you tell the story well, it will not have been a comedy", 2009
16 mm film, silent
11: 25 mins
The artist travels to the archipelago of Kiribati (a former nuclear test site) to investigate how time was  ‘moved’ (the Greenwich time zone was shifted to detour around it) in the interim, a remarkable abstract film is unearthed.

Invited guest Christoph Cox screens a selection of Luke Fowler films, an acclaimed Glaswegian experimental filmmaker whose films pose questions about the relationships between looking and listening, film and sound art, and the politics of listening.
All films originally shot on 16 mm film and shown as digital version unless otherwise noted. Check the website for updates: www.nolongerempty.org

12-12:30
‘Bogman Palmjaguar’
A beguiling portrait of a man whose struggles with the mental health establishment led him to became distrustful of people and to withdraw into nature. Interview segments intertwine with images and sounds of the Scottish Flow Country Bogman strives to protect.
29 mins

1-1:30
‘An Abbeyview Film (Warriors)’, 2008
This elegantly minimalist sketch of a Scottish housing estate is set to a haunting song by Richard Youngs. The film resists traditional documentary and cinematic representation, striving instead to build an aesthetic of ambivalence and hope.
17 mins

2-4-:30  (part 1, 2, 3 with intermissions)
‘A Grammar for Listening’, 2009
A collaboration between the filmmaker and three sound artists, this trilogy attempts to create a meaningful dialogue between looking and listening, examining the convergences and divergences between these two aspects of cinematic experience.
21 mins