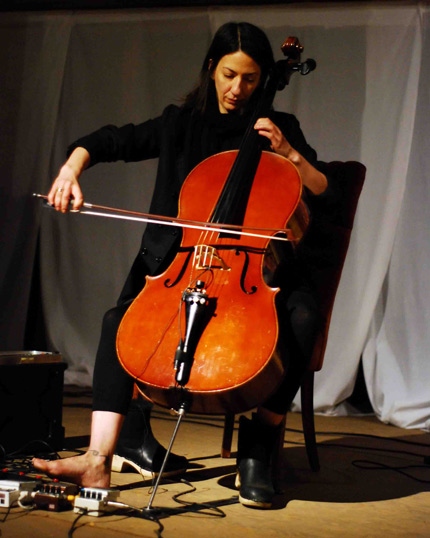 A special concert featuring Canadian cellist Julia Kent comes to fill an empty elevator shaft in Brooklyn. One of the participating artists in "Something Out of Nothing" took the opportunity to engage with the architecture of the space. Italian artist, Giuseppe Stampone transformed the former freight elevator into a major installation which evokes Charon’s boat from the Homeric legend – the boat carried the souls of the dead across the river Styx that divided the world of the living from those of the dead. Stampone’s version carries the visitor through Dante’s Divine Comedy: from the factory’s ﬁrst ﬂoor, the elevator follows Dante’s writing from hell through purgatory up to paradise on the third ﬂoor with Dante’s verses transcribed on the whole expanse of the shaft’s walls, replete with illuminated letters. The soulful sounds of Julia Kent’s cello accompany the visitor throughout this epic journey.