ABOUT FACE! A military command to turn around and march in the opposite direction. Or, as in the case of this exhibition, a timely imperative for us to look at alternative ways an exhibition can be created, presented, and received.

The New Museum’s Festival of Ideas for the New City, was the conceptual impetus for this exhibition, a chance to open a public and professional dialogue on what an exhibition in a reconfigured city might be.

“What IS an exhibition?” Are any or are all of the components of an exhibition, such as artist, space, location, theme, production, duration, curator, public, etc. necessary?

About Face gave 15 artists an opportunity to respond to the elements of a traditional exhibition with the premise that such elements could be altered, eliminated, or turned around.

About Face, accordingly, existed in different physical locations for varied time spans. Artworks were located in the empty storefront and on the streets of the surrounding neighborhood, while other works existed in the virtual space of the Internet or a smartphone. Some works endured for the time the space was open, such as Maria Jose Arjona’s performance, while others only lasted a few hours like Itziar Barrio’s street installation. The division between artist and audience participation/collaboration was questioned in several works including Marinella Senatore’s film, Variations or paperJam‘s, installation, Under Construction. Who is a curator? In Ed Purver’s Dropspots the public became the curator as decisions were made on what objects to leave for the next viewer/participant to find.

By isolating the component parts of an exhibition in this way, it was our hope that a dialogue about alternative modes of production and presentation of art could begin. In Nicolas Bourriaud’s terms, the exhibition was intended to be an “encounter” between the art, the public of many communities, the greater festival, and the ideas which emanated from these interactions. 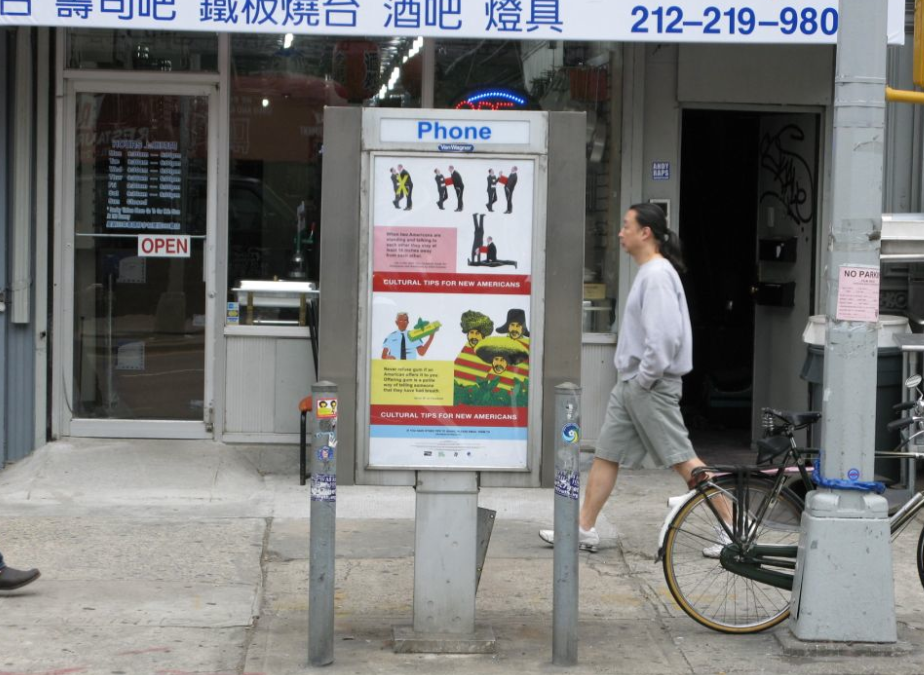 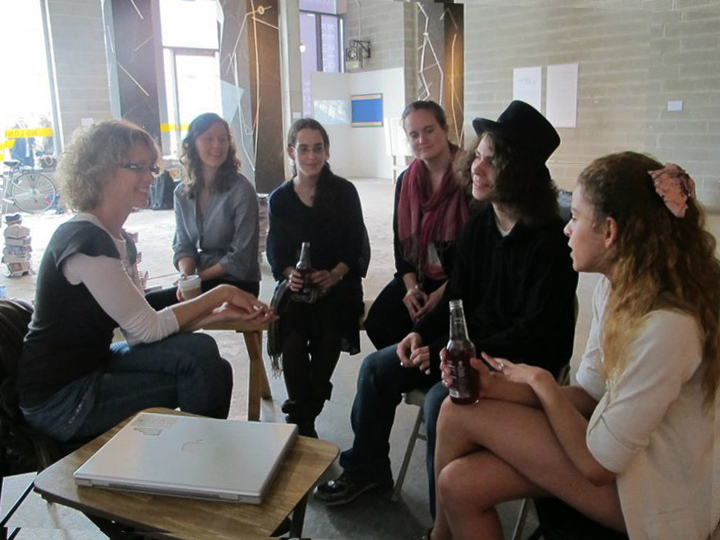 Y-Dot in the Lower East Side // Youth Docent Program