A New Orleans bar is coming to New York but with a difference. This bar doesn’t serve alcohol. And the regulars are long gone. The bar is the Upstairs Lounge, a bohemian French Quarter bar that was destroyed decades ago in a mysterious fire whose story has a surprising power.

On a warm summer night in 1973, a popular gay bar in the French Quarter burned down with everyone inside, killing 32 people and injuring dozens more. It was the worst fire in New Orleans history. For such a shocking event, there is (perhaps not surprisingly) little known. Police knew it was arson but could never find hard evidence and the main suspect was never charged as most of the witnesses would not speak to the police – a strange reformulation of silence = death, but understandable given the hostility of the force against the gay community. All but one church refused to hold memorial services for the victims. And a city famed for its open attitude was content to look the other way. The story was allowed to fade from memory.

No Longer Empty invited Dan Cameron to recreate this important work in NYC. Together we proudly to presented Skylar Fein‘s installation, Remember the Upstairs Lounge, which walked visitors right through the swinging bar doors. The show threw a stark light on a hidden chapter of history and offered visual riffs on politics and sexuality circa 1973.

The show also had a few surprises, including an artifact from the fire—one that had been zealously guarded by a survivor for over 35 years—and crime scene photos that are so graphic they had never been shown before. Despite the difficult material, it was a show made for a general audience, and became a local phenomenon when it was shown in 2008 in New Orleans itself.

NLE Solo is a series of presentations of a single artist’s project or body of work. Expanding on No Longer Empty’s model of curating site-responsive group exhibitions in underutilized spaces, NLE Solo provides the framework for an in-depth site-responsive interaction between the artist, a site, locality and interconnected histories. 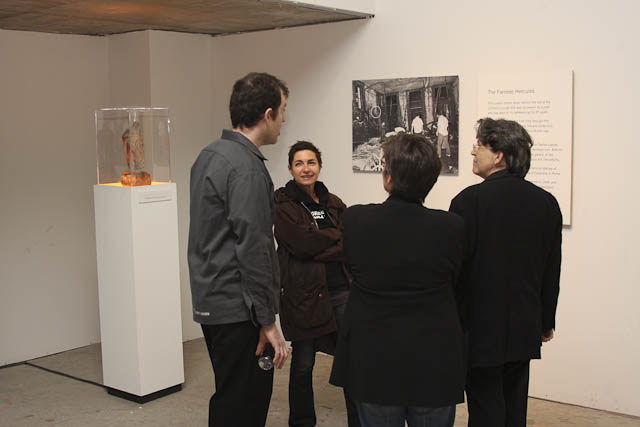 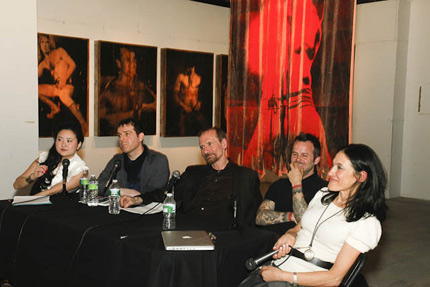